Grin and Bear It

We could “bearly” contain our squeals when we received these gorgeous images of Port Lympne resident Spectacled Bears playing with the cardboard cores we shipped to them this week. 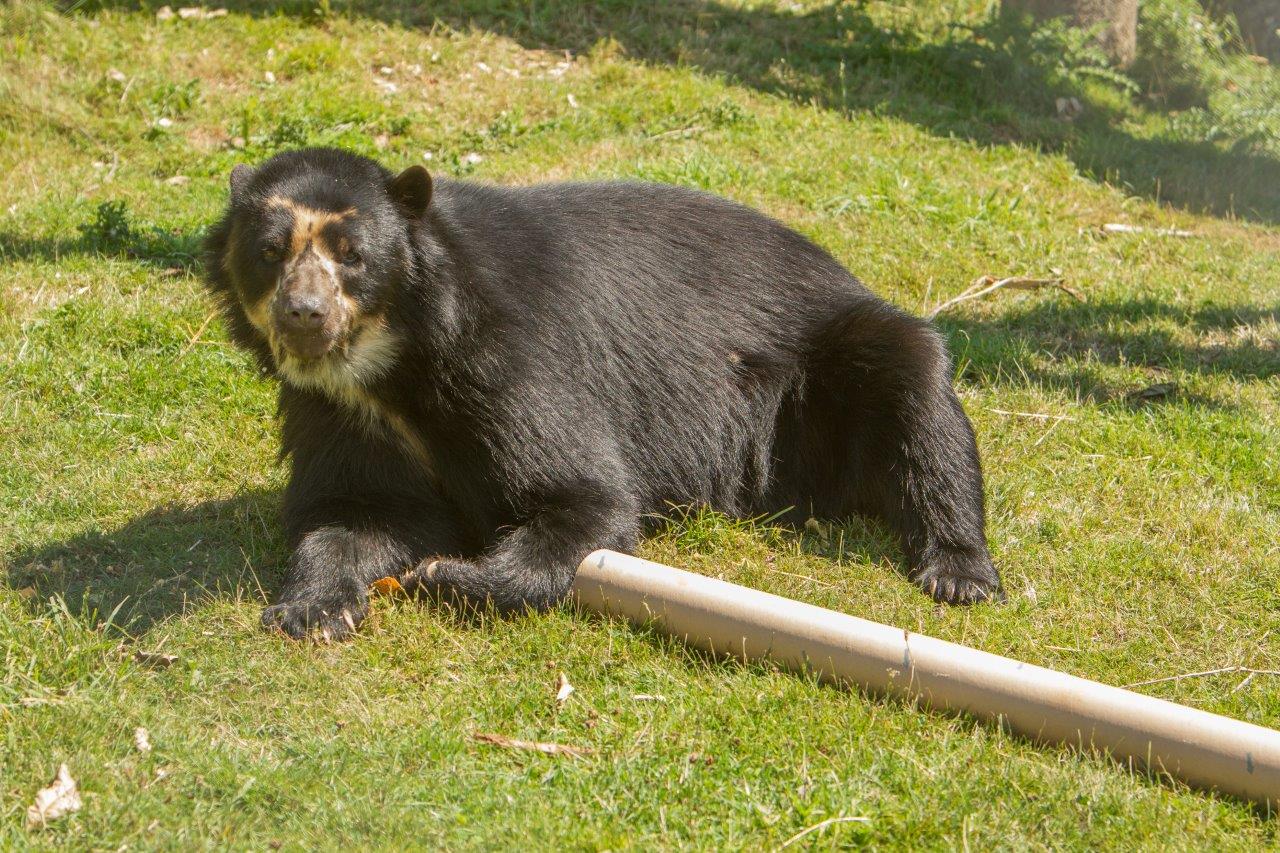 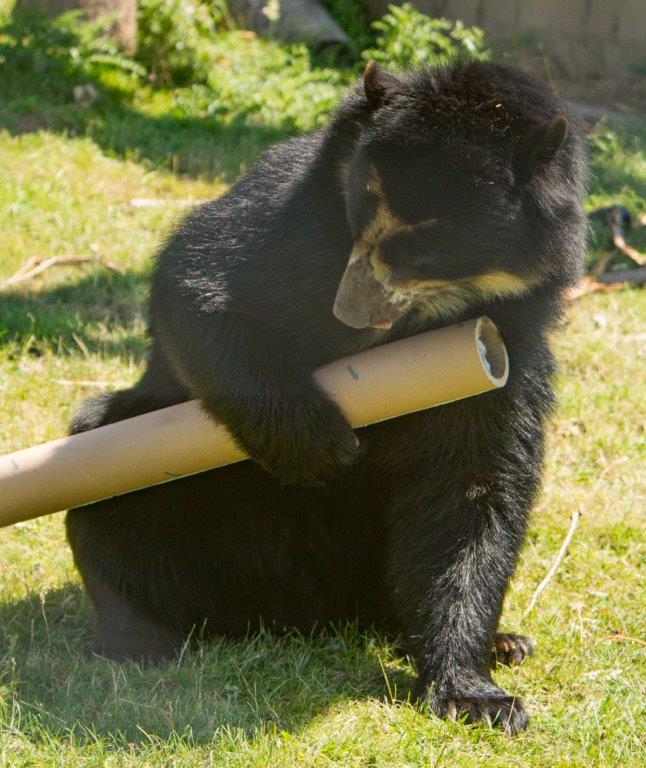 Heavy duty cardboard cores are a waste product produced when we slit down the master reels of self adhesive materials for label production. Depending on demand we can build up at least one or two pallet loads of cardboard cores in a month. We looked for new ways to recycle the cores that could re-use them in their orignal state rather than having to be broken down which uses more energy. Having previously discovered the animal enrichment program at Colchester Zoo and delivering cores to them we contacted other wildlife reserves to see if we could help them too.

Port Lympne Reserve in Kent were quick to respond saying they thought the cardboard cores would be perfect for their Spectacled Bear pair Oberon and Rina. The name Spectacled Bear comes from the markings around their eyes that sometimes resembles spectacles. Port Lympne has the largest Spectacled Bear enclosure in Europe. Food was placed inside the tubes, keeping the bears both physically and mentally stimulated and promoting natural foraging behaviours. Judging by the photos, it looked like the tubes were a bit hit for the two beautiful bears.

Get ready to see over 700 rare and endangered animals, go on safari, see Kent’s only giraffe, spectacled bears the UK’s largest dinosaur collection and MUCH MUCH more…

Home to the UK’s original and authentic safari experiences, Port Lympne Hotel & Reserve offers a unique family adventure like no other zoo!  Set in over 600 acres, you will be transported to the plains of Africa and Asia to see animals roaming freely, then explore on foot to see big cats, small cats, primates, gorillas and many more animals before discovering life sized prehistoric creatures in Dinosaur Forest .

If you want to recommend any other wildlife reserve or zoo that would benefit from the cardboard cores please contact Kirsty Dailly by email kirsty.dailly@bakerlabels.co.uk